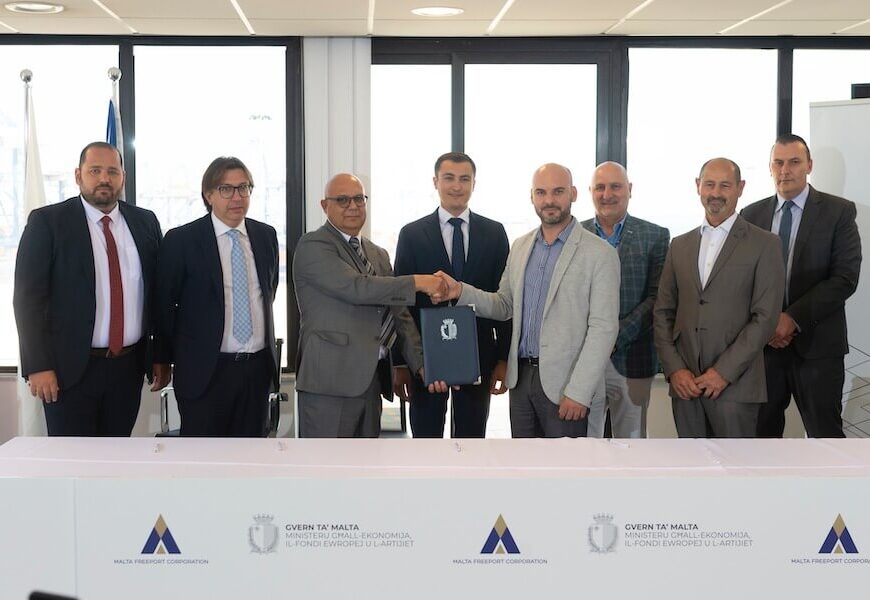 The General Workers’ Union has signed a new collective bargaining agreement for employees of the Malta Freeport Corporation, covering the period 2022-2026. In addition to improved wages and working conditions, employees will also receive higher allowances and other benefits.

The signing of this agreement took place in the presence of the Minister of Economy, European Funds and Lands, Silvio Schembri, who thanked the GWU representatives for their work and cooperation to reach this agreement.

Minister Schembri also said that with this agreement he will double the allowance from €5 to €10 per week. This allowance represents an investment of over €84,000 over a five-year period.

It also improved the clause that a person who retires from work at age 59 is entitled to one week’s annual salary if he or she has worked for the same company.

David Magro, Chairman of the Board of Malta Freeport Corporation, expressed satisfaction that this agreement was reached within a few months. He thanked the workers for their valuable contribution, who also worked tirelessly during the pandemic.

“The Freeport is a very important artery. In the last two years, we have gone through a period of great turbulence due to the pandemic, but we have taken all precautions to protect our workers from Covid-19. This collective agreement rewards the workers’ zeal,” Magro said.

For his part, GWU Government and Public Entities Section Secretary Kendrick Bondin stated that: “I believe that with the participation of everyone, including GWU members, we have strengthened this collective agreement. We started the discussions last year and concluded them in a few months. It is true that we have started a strong social dialogue in this company. “