“The voice of educators clearly tells us where the obstacles are.” 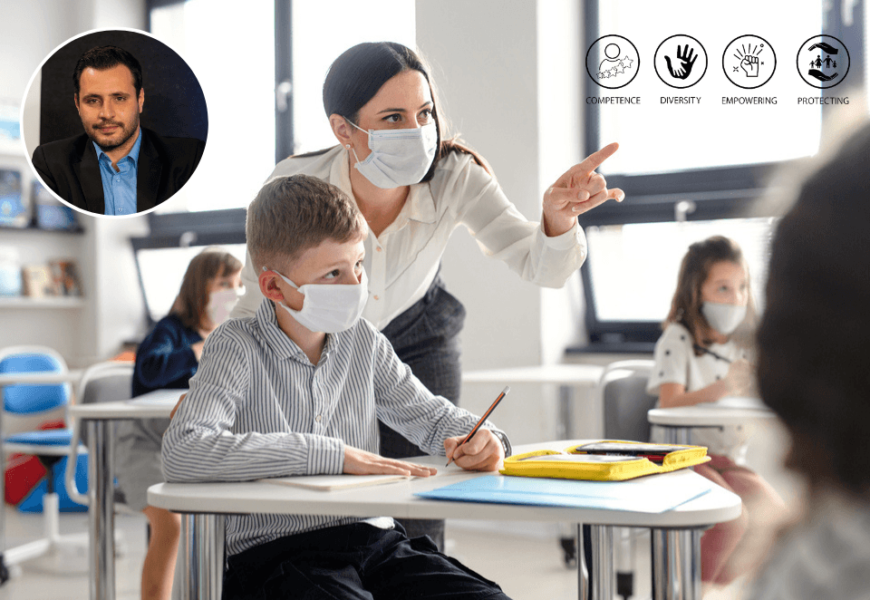 In the study unveiled by the Department of Education last week, the increase in students with diverse classroom behaviour and discipline were found to be among the biggest challenges facing educators in public schools. The spokesperson for the educators in the General Workers’ Union (GWU), Gabriel Pullicino, told L-ORIZZONT that it was an important study that should be carried out as the voice of educators clearly tells us what the obstacles.

As the largest trade union in Malta with a renewed interest in the education sector, the GWU believes that there are three very important issues that have emerged from this study which should be addressed as soon as possible. These are discipline, excessive paperwork and reforms.

In response to one of the questions posed to principals on maintaining school discipline, more than half (53.4%) responded that this was a challenge. In addition, almost all primary school teachers (90.5%) indicated that the increasing number of children who behave differently in class is a challenge that they have to deal with during their working hours.

Gabriel Pullicino said these numbers show how discipline is a major challenge in classrooms and schools. “Daily life is changing, and relationships are changing. That means that people have changed their understanding of authority. This difference is also evident in schools. As a result, educators are expected to view discipline as a challenge,” Gabriel Pullicino continued.

To turn this challenge into an opportunity, educator representatives at GWU suggest providing educators with the necessary support, including social support and training on social needs. In addition, social services in schools should be expanded for students.

The second challenge for educators, which has been noticeable for several years, is the amount of writing they are required to do as part of their jobs. 89.3% of elementary teachers reported that assessment, daily writing, and work plans in all subjects are a major challenge for them. This writing work, which may not be deducted from teaching time, has become an after-hours burden for some educators because it must be done from home.

“Educators agreed that paperwork is their biggest challenge. This is of great concern to us as the educators are unable to do their own work due to this work. On the contrary, in order to handle both administrative and classroom work, they often have to continue working from home,” Pullicino explained.

This is a worrisome situation for the GWU because, as a union, it believes that everyone has the right to enjoy their personal and family lives. Pullicino believes that if this administrative work is centralized and other administrative staff are employed, this paperwork can be prioritized and distributed more efficiently.

“Educators should be involved and consulted”.

The third issue that educators at GWU believe should be addressed is reforming in the sector. Pullicino said, “Education is a very dynamic sector, so changes and reforms are constantly needed. However, these changes put a constant strain on educators. This is why educators in this study referred to these reforms as challenges. We emphasise that educators should be more involved and widely consulted in these reforms. “

The union is calling for educators to be involved in reform from the beginning and to feel included in their profession. Pullicino said it is also important to fully train educators so they can lead such reforms.

The GWU representative said such a study is of great importance to the local education sector as it sheds scientific light on the challenges that educators face on a daily basis. He said this is a step forward that the current ministry is taking to work with educators and other partners to build a sustainable education system by strengthening our foundation which is the educators.

Gabriel Pullicino concluded by urging people not to look at this study as detrimental or discouraging, but as a unique opportunity to strengthen education, which is at the heart of a healthy society.