The GWU commemorates the 78th anniversary of its establishment 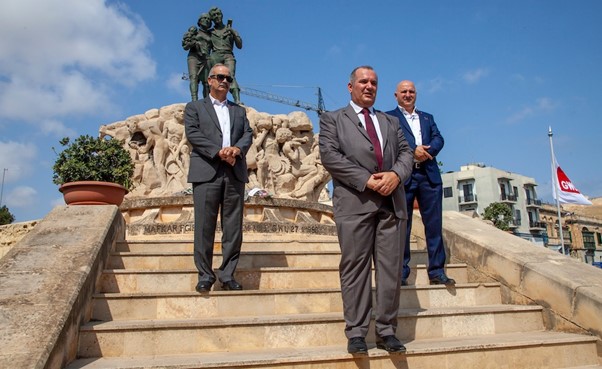 The GWU commemorates the 78th anniversary of its establishment

At a ceremony held at the Workers’ Memorial monument in Msida this morning, the Central Administration of the General Workers’ Union led by General Secretary Josef Bugeja commemorated the 78th anniversary of the founding of the union. Also present at the ceremony were President Victor Carachi and Deputy General Secretary Kevin Camilleri.

GWU General Secretary Josef Bugeja said on the occasion that over the years, GWU has faced various challenges and today it is facing new challenges. These include the skills, abilities, and knowledge that the worker needs to progress in his career.

“WE MUST SEE OUT ABUSE AND PRECARIOUSNESS TO WORKERS”

“We want precariousness and abuse of workers to end once and for all, not only of Maltese but also of foreigners and other vulnerable people. There are other cases that do not come out in the open but take place in the workplace. These are challenges that GWU will continue to fight with its officers in every workplace,” Bugeja said.

He also spoke about the environmental challenges where their members demand a better environment and more open spaces for them and their families to enjoy.

The GWU General Secretary also said that “we want to see our pensioners move forward and live a decent and quality life after contributing to the economic growth in this country.”

He then referred to various GWU proposals for the 2022 budget, including compulsory trade union membership and the principle of equal pay for equal work.

“We have also called for insurance in the workplace and for workers to have a career. With strong social dialogue and collective bargaining in the labour market, we will be able to improve not only wages but also the quality of life,” Bugeja affirmed.

Finally, the GWU General Secretary also spoke about the GWU Congress, saying that it had to be postponed until October next year due to pandemic restrictions.