Signing of a collective agreement between GWU and LESA 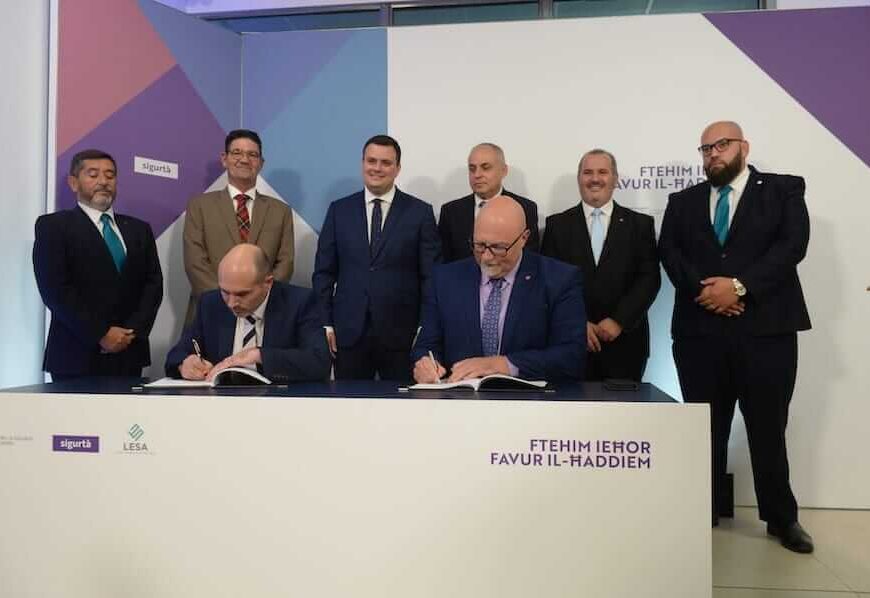 The General Workers’ Union (GWU) is still negotiating the conclusion of several collective agreements in different sectors of the economy. One of them was the agreement signed today with the LESA agency, which will further improve conditions for these community officials.

The collective agreement, which covers the period 2021-2025, was approved yesterday in a vote of 94% of the workers who are members of the union.

The signing on behalf of the GWU was done by the Secretary of the Disciplined Forces, Security and Law Enforcement Officials, Theo Vella, while the Executive Director Svetlick Flores signed on behalf of the agency LESA.

In his remarks, Minister Byron Camilleri said that this agreement reflects the responsibility that these workers have and what is expected of them in the performance of their duties.

He stressed the importance of continuing to invest in workers, not only in their education, but also in better working conditions.

“As we celebrate today a new milestone for these workers, we call on them as a government to better serve Maltese and Gozitan citizens by doing their jobs in the best possible way,” Minister Camilleri said.

LESA Executive Director Svetlick Flores described this agreement as another important step in favor of workers. “This agreement not only has a financial value, but is also important for workers,” Flores reiterated.