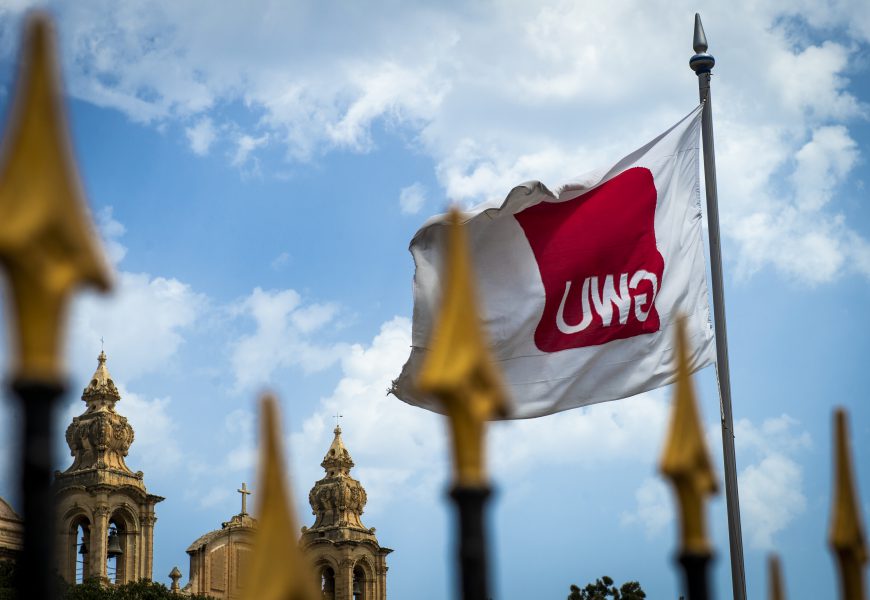 Again this year, unfortunately, we can’t celebrate Labour Day the way we used to. The Covid 19 pandemic has had a tremendous impact not only on our nation’s economy, but also on the way we live.

The pandemic experience we are going through has also changed the way we think and act, which we did not expect. A pandemic whose catastrophic effects were far worse than other crises the world has experienced since the post-war period II.

The impact of the pandemic has been so great that almost everyone and every walk of life has suffered in one way or another and gone through incredible times. Despite all this, we have been able to cope with the impact on the social and economic sphere, especially on the labour and employment sphere, with the timely measures taken. Our country has managed to cope much better than other countries that have seen their economies collapse and go to their knees, with the biggest victims being the workers and the livelihoods of their families. In other countries we have even seen whole families queuing for food.

This did not happen in Malta. It did not happen by chance but because we had a strong economy that could withstand the catastrophic effects of the pandemic. It would not have been possible if the government had not thought of building a robust and resilient economy in the last few years. It would not have been possible for our country to maintain a balance between the health of the people and the national economy.

If our country had not had a resilient economy in recent years, it would not have been possible for workers to stay in their jobs. Nor would it have been possible for many businesses to keep operating. The wage supplement and vouchers have helped save thousands of jobs. Not to mention the many social policies that have been put in place to help the most vulnerable families in our society. All of this could be done because we had a smart government that thought and rebuilt when we needed it. Because it built a strong economy and kept the finances sound.

However, it seems that we are slowly getting over this pandemic and if we remain vigilant, follow the guidelines given to us by the health authorities and take care of each other as we have been doing, we will soon be back to where we were before. albeit with a difference. Therefore, we must build on the success we have had with the population vaccination program. Again, we have been far better than other European countries that are still struggling to get as many vaccines as they need to vaccinate their populations.

In this framework, national unity is crucial and essential. It is crucial not only to continue to fight the pandemic, but also to be better people. It is also essential to eliminate everything that divides us. In this regard, we as a the GWU believe that the time should come when the messenger is attacked and not the message.

It is for this reason that the General Workers Union commends and supports all the efforts and initiatives of the President of the Republic, Dr George Vella, to steer the Constitutional Convention back towards the Second Republic. We must be smart enough that everyone realizes that our Constitution must be renewed to reflect today’s realities.

Our country must continue to have a Constitution that it deserves. A Constitution that brings together the desires, aspirations and ambitions of all the people. To do that, we need the Constitutional Convention. If we could do all this together, we would be a big step closer to national unity.

We also need to strengthen democracy. The first steps have already been taken to reform our country’s institutions. We must admit without political passion that unprecedented reforms have taken place. The way in which judges are appointed has been reformed, the way in which the duties of the Attorney General have been separated from the duties of the Public Prosecutor in order to increase and enhance efficiency in the Body. of the police to combat organized crime.

However, much more needs to be done to further strengthen the basic principles of democracy and to ensure that our country’s institutions function better and receive the respect they deserve.

We need to see if it is time to reform our country’s political system as a whole. We also need to see if the electoral law is still up to date, especially the law on party financing. This reform is necessary and should be carried out without further delay in order to reduce suspicions that this law contains loopholes through which political parties can pass in order to escape public financial control.

We also need to see whether the electoral system and the way in which Members are elected in Parliament is the best thing that we can continue to enforce.

All these reforms that strengthen the state of democracy in our country.

On behalf of the Central Administration of the GWU and on my behalf, I would like to wish all workers and their families a great Labor Day.