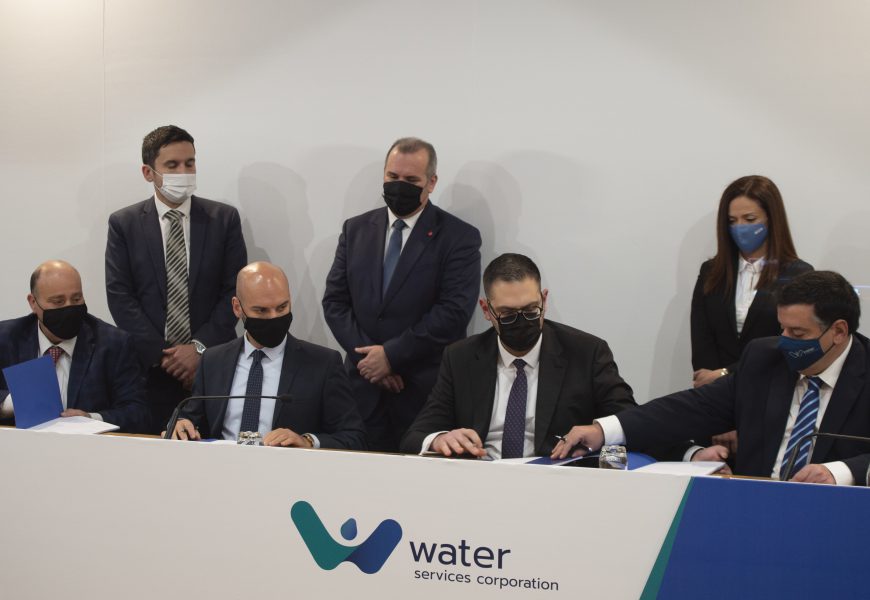 The General Workers’ Union has succeeded in securing improved working conditions, including wages, for its member workers at Water Services Corporation (WSC).

The GWU General Secretary also spoke about flexibility in the workplace where he said that in the pandemic, we have become aware of its importance to move forward and be more efficient.

On his part, WSC Chief Executive Ivan Falzon described the agreement as an important step in the work of the company “as workers are at the heart of its successes.”

He thanked GWU for the responsible way in which they conducted the negotiations, even in the extraordinary circumstances in which we find ourselves. He reiterated that efforts had been made to send a message of confidence that the group would continue its work while continuing to invest in its workforce.

Commenting to this newspaper, the GWU Government and Public Entities Section Secretary Kendrick Bondin said this is a collective agreement that will further strengthen workers’ rights and introduce several new concepts where, among other things, people can go to professionals during working hours to see their mental health and get help if needed.

“We have also seen that there will be new positions where they will reflect the work of the workers, like the trades. We have continued to promote more structures so that more workers can come forward,” Bondin affirmed.

Also present at the signing was the Minister of Energy, Enterprise and Sustainable Development Miriam Dalli, who said in a speech that despite the pandemic that we see, the group thinks of its workers.

She mentioned that 87% of the Corporation’s employees will be covered by the agreement, which deals with day-to-day operations, the financial element, but also with improving governance.

“Everything we do is first and foremost to provide the best service to Maltese and Gozitan citizens – an important service to our businesses, industry and family. You are the frontliners because you meet people all the time. So you are the ambassadors of the society itself. “

She also said, “We wanted to give stability. So this agreement spans a full six years. That is stability, which is part of the group’s ambitious work plan. It also strengthens the pay structure. We need to improve the progress of the workforce. “

Minister Dalli also mentioned that before the pandemic, the Corporation had 32 teleworkers, today they have increased to 200. This is a positive thing and shows how progressive the Corporation is and how much it cares about the needs of its workforce.

The agreement was signed on behalf of the GWU by Government and Public Entities Section Secretary Kendrick Bondin and the president of the same section, who is also the employee representative. On behalf of the company, Chief Executive Ivan Falzon and Chairman Joseph Vella signed.