“Another success that will build on the previous ones”. 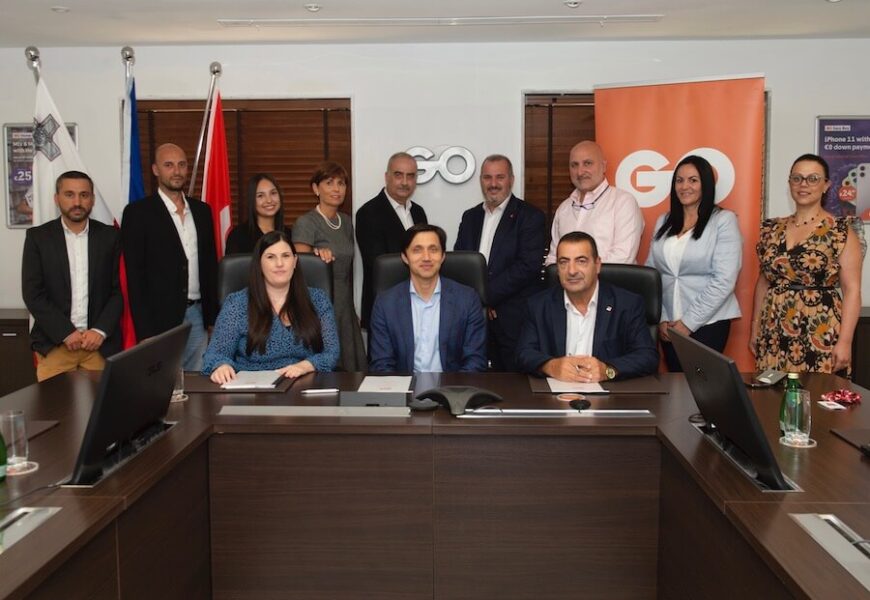 The GWU with another new collective agreement for employees at GO

The Technology, Electronics and Communications Section of the General Workers’ Union (GWU) has signed another new collective agreement for employees of GO, one of the most important telecommunications companies in Malta. GWU General Secretary Josef Bugeja described the signing of this agreement as another success that will build on other agreements already concluded in the past. In addition to the necessary investment in infrastructure, the company GO recognises the value of its employees by investing in a new collective agreement with better working conditions and wages for its employees.

“We have a long history with the company GO. This company recognises that its employees are the best asset it has. Aside from the investments it makes in its infrastructure, GO continues to invest because it believes that infrastructure is worth nothing without the labour of its employees. Therefore, the company continues to invest and give value to its workers because it truly believes that the workers who work with it are the best asset it has.

For his part, Section Secretary David Darmanin is satisfied that GWU has once again reached an agreement with the company GO to conclude a new collective agreement for workers that will be in place for the next three years. Darmanin said that “once again we have improved conditions for workers and wages have even increased.”

He pointed out that the company is currently investing heavily in fibre optics due to competition in the industry. Darmanin emphasised the importance of this investment, stating that this is also a credit to the employees of GO.

The section secretary thanked the works council for the support it has received, as well as the company management, which has fully cooperated so that this new collective agreement could be reached.

Sarah Mifsud, Chief People Officer, also spoke on behalf of the company GO. While Mifsud confirmed that the biggest investment GO wants to make is in its workers because it believes in them, she expressed her satisfaction with the process they adopted in signing the collective agreement with GWU.

On the side of GWU representatives among the employees of GO was Miriam Curmi, who said with a smile that it is very good that they have reached another new collective agreement, adding that she believes that the GO will do everything for the benefit of its employees as well as for the successful operation of the company.