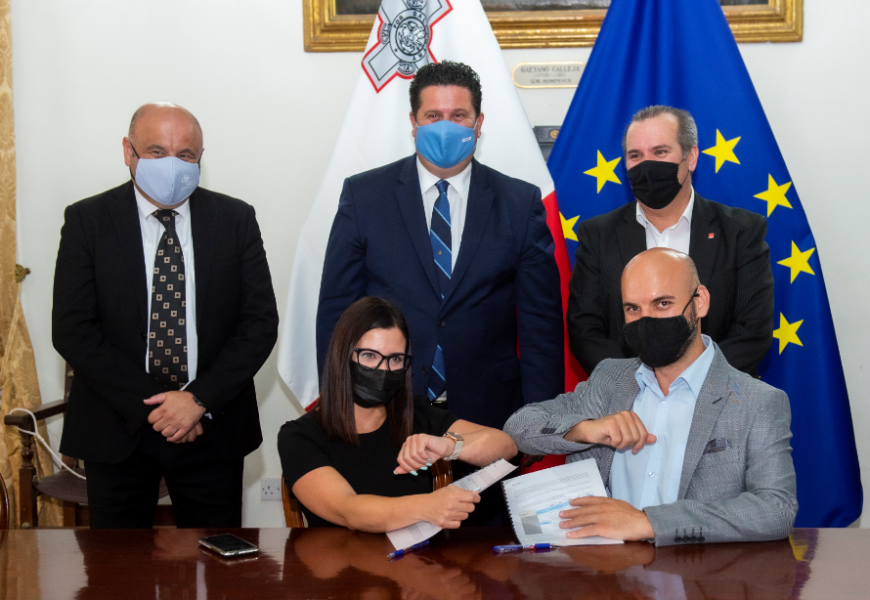 An agreement between the General Workers’ Union and Court Services Agency will lead to improved driving conditions for members of the Judiciary.

Also present at the signing of this agreement, which covers the years 2020-2025, were the Minister of Justice, Equality and Governance Dr Edward Zammit Lewis and the General Secretary of the GWU Josef Bugeja.

Speaking on the occasion, Minister Zammit Lewis said that these employees have a sensitive job, with the administration appreciating the sense of dedication to the work they have always shown. He also recalled the balance between the rights and duties of these employees and that this agreement covers.

In this context, Minister Zammit Lewis also noted the professional demeanour of these employees, even more so since they had just received new uniforms from the agency.

He concluded by thanking the Industrial Relations Unit within the OPM, the GWU, Permanent Secretary Johan Galea and the Chief Executive of the Court Services Agency Eunice Grech Fiorini along with the agency itself for working to achieve this agreement.

The GWU Section Secretary Government and Public Entities Kendrick Bondin stated that the work these staff do is one that requires dedication and attention as they support the members of the Judiciary.

He thanked all the parties involved including the members, the workers representatives, the IRU, the management of the courts as well as the Permanent Secretary, to achieve the best package for the workers.