“We need to think about professions more” 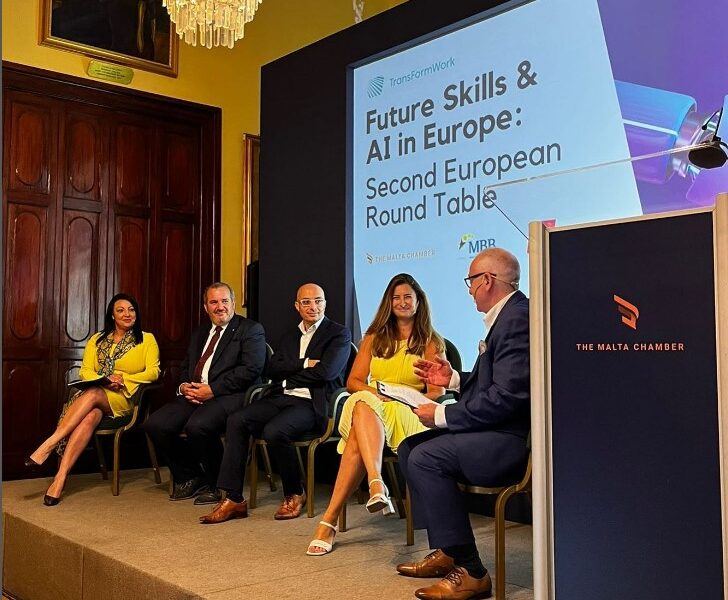 During a seminar titled “Future Skills and Artificial Intelligence in Europe,” GWU Secretary General Josef Bugeja emphasized that the world of work is changing and will continue to change, so the priority is to make careers.

This seminar was organized by the Chamber of Commerce together with the Malta Business Bureau and GWU to raise awareness and discussion on the different aspects and impact of digitalization on the organization and work practices.

The GWU Secretary General stated that while no one can predict the future, nothing can stop efforts to shape it. This is possible if everyone knows where we want to go in the future.

He pointed out that the world of work is changing at a rapid pace and that both employees and employers need to adapt to these changes.

Bugeja also pointed to the strong social dialog in our country, saying that this is due to our country’s political system, where not only are various issues discussed, but also decisions are implemented. This requires the participation of everyone, including all educational institutions.

He reminded that last year the GWU and the Malta Chamber took part in the Malta National Employment Policy which should lead to the year 2030 and said that this should be the basis on which we build. However, an analysis of the industry needs to be done with a view to finding the gaps and whether the education system is filling these gaps.

The Secretary General of the GWU also asked whether we should continue to rely on foreign workers and stop there or whether our country should place more emphasis on training workers in the skills to offer them career opportunities and not just employment.

Mentioning that the GWU is constantly involved in a large amount of collective bargaining with different workplaces he said but that what we must do today should be at national level as in certain industries there are skills that are needed in other different industries.

Referring to the rapid changes in the world of work, the Secretary General of the GWU concluded by saying that Maltese society can adapt to any eventuality and therefore instead of being afraid of these changes it should embrace them and keep moving. forward.