“We create careers that motivate workers to advance” 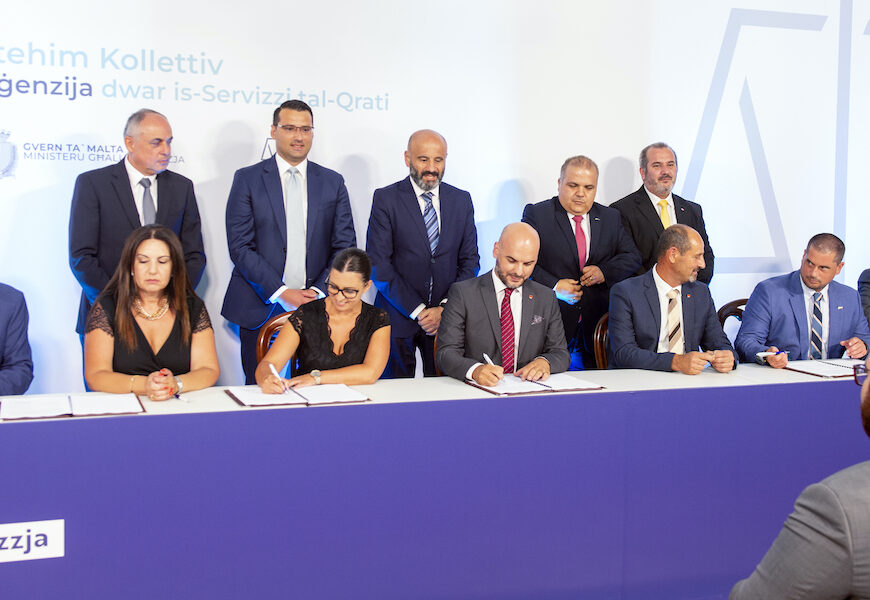 “The goal was not only to give Court employees dignity and better working conditions, but also to create careers. It is no longer just about creating jobs, but careers that motivate workers to advance. “This was stated by the General Secretary of GWU Josef Bugeja in his speech before the signing of the collective agreement for the employees of the Agency for Court Services.

Bugeja said that any collective agreement is a success between all parties and this is a sign of strong social dialogue here. He added that this is also a sign of cooperation between unions, with which we are able to convey the message abroad that unions are able to work as social partners together with the government and civil society.

The General Secretary of GWU said that it was a satisfaction to see the implementation and that in the coming years there will be more opportunities to improve the conditions and quality of workers than ever before.