The Pandemic; Negative or Positive Impact? 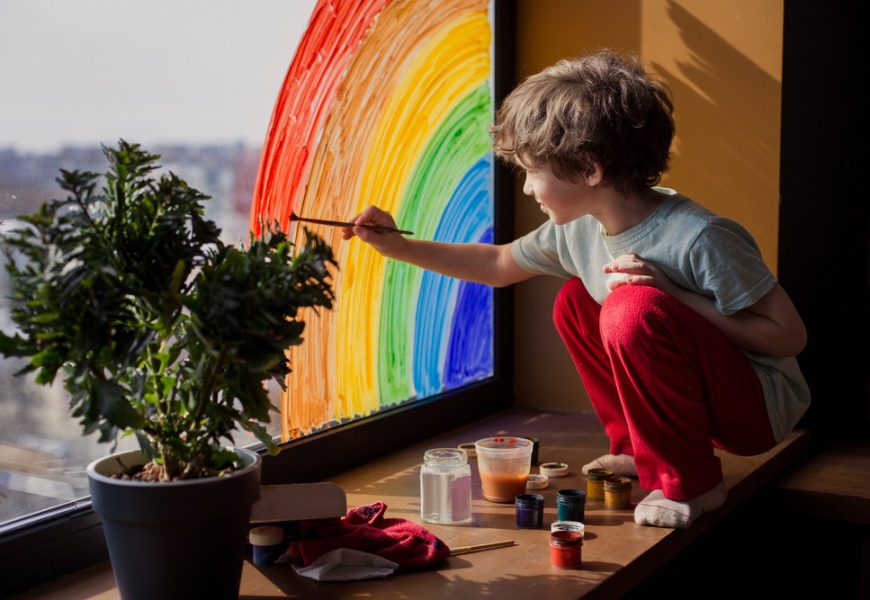 Science is very important for the various challenges faced by humanity such as climate change, loss of biodiversity, marine and air pollution and many other challenges. Science leads us to look at the solutions we need in different ways. We have been relying on science for years without perhaps realising it. Science needs to see how it continues to evolve, change and adapt quickly, as well as keep up with how the world, industry and people are evolving. The pandemic had a huge impact on everyone, including science, but was it negative or positive?

Who would have thought that in 2020 a new disease would emerge that would lead to a pandemic and bring the whole world to a standstill? For this reason, science had to adapt and evolve impeccably to develop the Covid-19 vaccine. The same thing happened in the world of work. Employees, employers, work processes and companies had to see how they would change for this new world.

The world and humanity needed a calming of the madness and frenzy in which we eventually lived. That said, there were positives to the pandemic, but we couldn’t stay in lockdown forever. What was normal before, we could not do anymore. Many people ended up not being able to leave the house, children could not go to their parents and grandparents. For workers, jobs ended with the closure, others became unemployed. This is where the importance of science comes in, as Marie Curie told us, “I’m one of those who thinks science has great beauty.”

We’ve talked a lot about the negative effects of the pandemic, but it seems like no one has paid attention to the positive effects. There are many families here who have found the chance to reunite and strengthen communication between them. The unity between people was felt very strongly, especially when it came to the health of individuals. Many families have spent long weeks not meeting their vulnerable family members and have only used technology to talk a little. Here we cannot fail to mention the negative impact of the pandemic. Many seniors and vulnerable people have suffered from loneliness and there are still those who feel it, because although the vaccine has arrived and is taken very quickly, it does not mean that we have won the battle against the pandemic.

On the other hand, we could not help but notice the positive effects of the pandemic on the environment. While the world went into a lockdown, air emissions dropped by 17%. In April 2020, CAMs announced that the hole in the ozone layer that had formed over the South Antarctic region since 1982 had shrunk. Factories and the ship pollute the ocean. Since everything was stopped during the lockdown, the ocean had a chance to clean up. The pollution concentration was reduced from 2457 mg / l to 987 mg / l.

What happens after we as a people gain mass immunity? Should we start hugging and shaking hands again? It never occurred to us that we transfer a lot of germs between us with physical contact and many other daily gestures. Something positive has come from the new way of greeting and wearing masks, which has greatly reduced the seasonal flu.

Work has also changed drastically. At the March 2020 closure, everyone was shocked when the Health Authorities told us that Malta would have to close for a period of time. Several countries around the world had started the lockdown before us, but Malta kept hoping it wouldn’t happen. Eventually the wave arrived here too and everyone had to close the doors. It was then that we realized that while over 86% of the population had internet at home, Malta was far behind technologically and many businesses did not offer an e-shop service.

As a result, the lockdown was greatly felt, but many companies adapted and during those three months, websites were launched to sell their services and products differently.

Here we can say that the pandemic had a very good impact when it comes to digitalization. Now that some closed industries are back, the impact is even a little less noticeable because many companies have been able to keep up.

This is where the Union comes in. During the pandemic, the Union proved its resilience. All these changes that have happened in a very short time, we can say in a few weeks, have created a lot of diversity. The Union is not against all these changes, the Union is against those workplaces that deprive workers of their human rights. The Union is ensuring that any new form of work that is created has all the necessary regulations so that workers know what their rights are in relation to their employers and also what their obligations are in relation to the employer. their work. Platform workers are a perfect example. This work in Malta started a few months ago but during the lockdown it exploded, and many workers were exploited for long hours without any basic conditions under the law, not even the minimum wage because most of them are only paid a commission. No job security and no right to health and safety at work. The union can never accept these conditions when its values have always been to protect and support all its members and ensure that everyone is treated fairly.

During the pandemic, many companies sent their employees to work at home. This has been a positive for many, as they can work from the comfort of their own homes without the added stress of traffic and parking. But how many abuses by employers to these workers? How many say workers don’t work hard enough and have to work late into the night? The union is working to introduce #righttodisconnect and hybrid working which is a good balance for all parties.

Let’s not lose all the progress we’ve made, let’s not focus all our energy on the negative and let’s not turn all the positives of the pandemic into negatives. Each sector is affected differently and the Union is working to regulate each sector so that we do not lose the progress we have made and at the same time there is no abuse by both employers and employees. “The world is not inherited by the strongest, but by those most willing to adapt and change.” Charles Darwin .