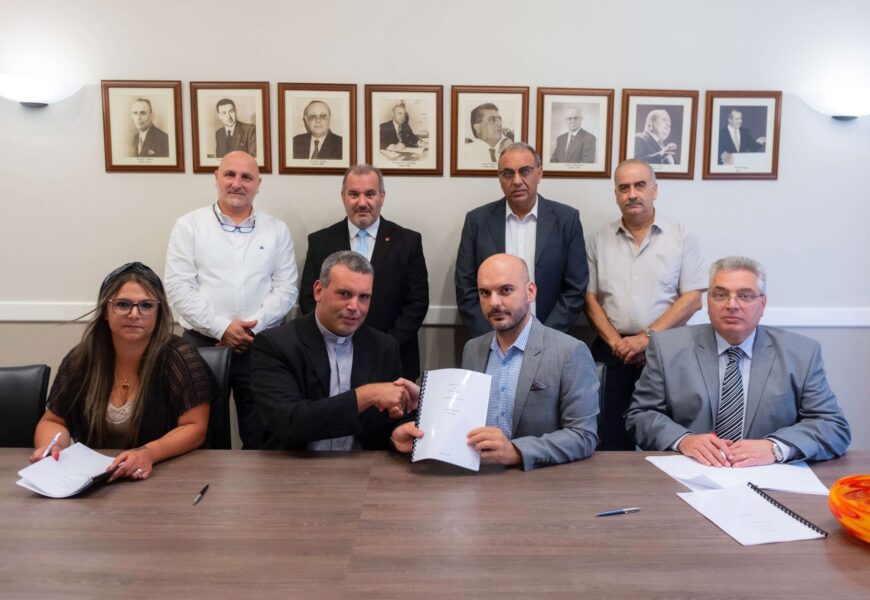 In recent days, the General Workers’ Union (GWU) has signed a new collective agreement with the Arka Foundation, the first of its kind in this institution, valid for the years 2022-2025. This collective agreement provides for an improvement in working conditions and even wage increases, as well as other benefits, for the Foundation’s employees.

Fondazzjoni Arka is based in Gozo and provides residential services for people with disabilities. It manages three houses where these services are provided, namely Dar Arka, Dar il-Jublew tal-Hniena and Dar il-Madonna ta Pinu.

In his remarks after signing the collective agreement, Secretary Bondin highlighted the valuable work done by the Foundation’s employees for the benefit of the disabled, while also volunteering to do other work.

“The Arka Foundation is very important for many families because it helps them to continue their lives and because it provides a really strong support. That’s why we signed the first collective agreement with this institution, to continue recognizing the tasks that these workers perform and to improve their working conditions,” Bondin said.

He added that although the talks on this collective agreement took their time, they were pleasant as both sides came together, learned from each other and eventually an agreement was reached. “We have seen many things to give more structure and more life to this foundation.”

For his part, the director of the Arka Foundation, Father Michael Galea, said that this collective agreement was the result of years of discussions that ultimately benefited both workers and the Foundation.

“The Arka Foundation provides services to people with disabilities and it would be appropriate to invest in the workers so that they can provide the best services and receive the best working conditions and even an improvement in wages,” reiterated Father Galea.