Today’s situation requires matuirty and special attention, both from a health, as well as an economic perspective. 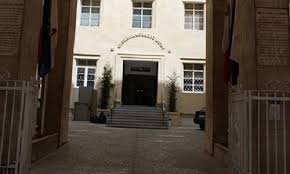 The GWU is declaring that it will not. accept the imposition of arbitrary measures, without any representative consultation, which go against established procedures and/or go against that which has been agreed upon in their collective agreements and/or not according to official protocol. In this period, out of a sense of obligation to the nation, was very reluctant in its actions so as to not complicate further the situation. Today’s situation requires maturity and special attention, both from a health as well as an economic perspective.

The GWU beleives that, in such a delicate situation, there needs to be even more collaboration, consultation, dialogue and agreement between employers and trade unionists. It’s definitely not the time for our workers to be imposed with measures which restrict their income. The GWU has already received numerous complaints form its members, who have been sent home on quarantine leave, and that said leave was without pay, or that it will be deducted from their work leave, or even their sick leave. The GWU has made its position clear from the onset, that quarantine leave must be a special, paid leave. It is not acceptable that it’s the workers who will have to suffer the financial burdens of this leave.

As in every other extraordinary situation, the GWU is ready to dialogue, so that together we can find acceptable solutions for everyone. Simultanously, it is ready to register an industrial dispute against any place of employment, according to the prevailing needs, against anyone who decides to goes against established procedures, collective agreements, and any other official protocols established by the National Authorities.