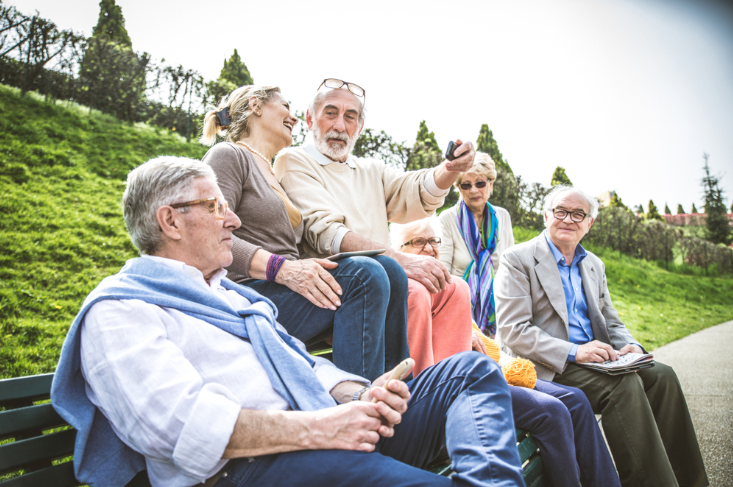 The National Council of the GWU has the power to establish branches to look after part of the Union’s activities or to look after the interests of particular sectors of partners in the Union.

These branches include the GWU Pensioners Association.

Since its creation, the Pensioners’ Union has always been a protagonist in improving the lives of the elderly. It listens to the complaints and suggestions of the pensioners it encounters. It then prepares a report and submits the proposals to the government. Over the years, many of these proposals have been enacted, benefiting many pensioners and continue to do so to this day. The Association never stops advocating for pensioners to show its appreciation for the years of work they have offered to society. The proposals put forward aim to improve the quality of life of all pensioners.

As an integral part of the GWU, the Association participates in discussions that take place within the Union and has representation on the National Council. However, it is also present at various meetings with external departments that affect pensioners. When the Union prepares its proposals in favor of the elderly, they are included in the budget. Proposals are also made to improve the pensioners’ laws internally within the Union itself and also at the national level. In addition, the association is a member of FERPA, the association of European Pensioners (ETUC). The association participates in board meetings and other meetings organized by FERPA.

In the years that this association has been in existence, various benefits have been noted that are necessary for the lives of the elderly. These are just a few of the many services we provide:

In addition to this work, the Society organizes various social and educational activities for its members, including a Christmas party. This celebration brings together many workers who used to work together at the same workplaces. Many cultural outings are also held. The association organises discussions on issues of interest to them, meetings with ministers about various benefits offered by the government.

The Society has never hesitated to defend the interests of the Maltese and Gozitan Elderly even when alone. This fact has never discouraged the Association from continuing to be the foremost helper and defender of the elderly.

Tony Zarb is the Secretary of the Union. He has over 42 years of union experience. Tony has served in various positions within the GWU, as a committee member for Shop Steward for Blue Bell, workers. Tony has been both a delegate and a member of the executive committee in the textile section. For the last 38 years, Zarb has also been a member of the National Council. In 1985 he was employed full-time by the union as a representative and two years later he was appointed secretary of the port and transport section. In 1997, he was elected deputy general secretary. Just two years later he was appointed General Secretary where he held the position for 16 years. Today Tony is the Secretary of the GWU – Pensioners Association.

The Pensioners Association was founded in 1987 and has never looked back since. Meanwhile, the Pensioners’ Union is still the largest pensioners’ union in Malta. Its mission is to be the voice of the elderly. Not only for those who are members of the GWU, but also at national and European level.