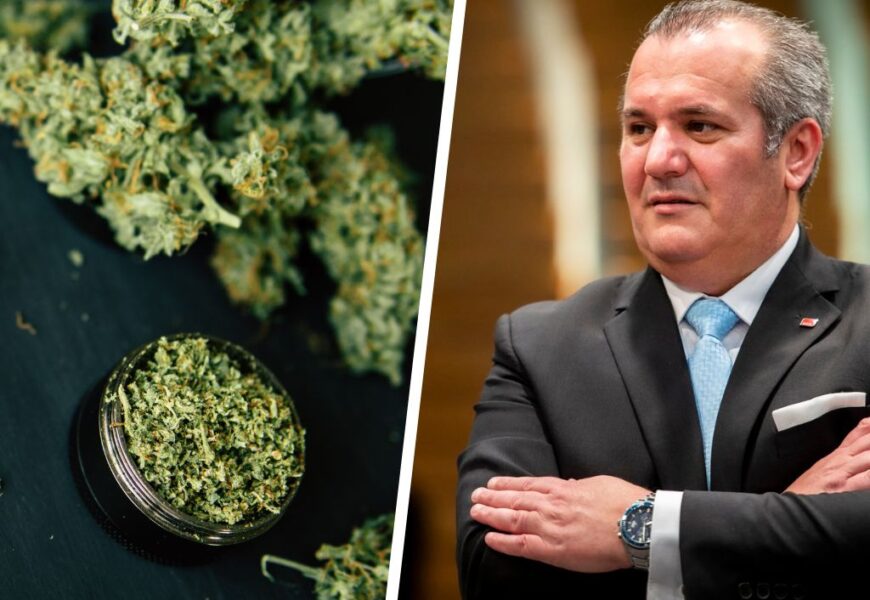 General Secretary of the General Workers’ Union, Josef Bugeja, stressed the importance of ensuring that no worker is disadvantaged because they have used cannabis responsibly at home. He said that the measures we need to take, like everything else, should be focused on productivity, efficiency and health and safety in the workplace.

Bugeja said this while speaking at a seminar organized by the Hospitality and Food Section and the Disciplined Bodies, Security and Law Enforcement Officers Section within the GWU, which focused on the Law on the Responsible Use of Cannabis, which came into force last December after a debate in Parliament, and its impact on the workplace.

He said that GWU was among the first to support the reform on the responsible use of cannabis and even participated in the consultation related to this law.

“We need to be careful both as unions and as employers. The questions relate to the fact that this is something new that we need to learn from. Certain parameters are being set. You can not consume at work, but you can at home,” Bugeja said.

The GWU general secretary concluded by saying that this seminar also shows how proactive they are as a union even in such discussions.

For his part, the Director General of the Malta Employers’ Confederation, Joseph Farrugia, said that as MEA he was in favor of the decriminalization of the substance, but felt that there was a need for further discussion.

He explained that although the law had been enacted, certain questions were raised and there were still issues that needed to be resolved. The biggest concern for employers regarding cannabis and the workplace, he said, is the “health and safety in the workplace” aspect and the liability employers face if they take certain actions.

Farrugia said there needs to be clear guidelines and that OHSA, the new agency for the responsible use of cannabis, needs to be involved for any contingencies that may arise.

SME Chamber policy director Andrew Aquilina stressed the importance of having some kind of campaign for responsible use of cannabis based on studies.

“This should be done so that everyone knows what they are getting into. Communication is key here. It’s also important that the policy is transparent, that it’s communicated within the company,” Mr. Aquilina said.

The Secretary of the Section of Disciplinary Bodies, Security and Law Enforcement Officers, Theo Vella, said that he had worked in the police for a while and that there was a law that clearly stated that one could be tested and even expelled from the agency if the result was positive.

He also mentioned that from his experience in the Corps, he had had cases where a person found in possession of a kilo of cocaine was brought to court and a hearing after a group of teenagers were found with a small amount of cannabis they had consumed on a beach.

“I understand that the legislature had good intentions to improve these circumstances, and we need to find a middle ground between unions and employers. I understand that we want to let employers make their policies, but we can not continue to persecute employees,” Vella said.

“Can employers screen who they want without suspicion?” – Dr. Herman Mula

Attorney Herman Mula, who practises in the field of criminal law, said the substance
cannabis is a different gender from others. He said the effects of alcohol wear off
much faster in humans than cannabis. He went on to ask if employers could adopt a
zero-tolerance policy and test who they wanted without suspicion.

“It’s suggested that employers see clearly, especially considering that cannabis as a substance is a completely different gender. Employers can implement a testing system if they want, depending on the nature of the work, but there is also the issue of suspicion,” said Dr. Mula, who stressed that a medical evaluation must first be conducted before a person is tested.

Pollster Jeremy James Camilleri argues that you should not just test, but also think about a person’s attitude and whether it can influence other colleagues. “If I am testing a person for suspicious behavior and it can be dangerous to bystanders, the question is what’s going to happen and how can you prove that the person was under the influence at that time. You have to look at the person’s attitude,” Camilleri said.

He mentioned that in his time as a union representative, he had a case where an employee was found to have cannabis in his locker after a search. “At the time, management wanted to fire this employee. Obviously, he was a smoker. I felt that it would be better for him to participate in a rehabilitation program, but he himself refused to seek help. “

Camilleri also pointed out that despite the passing of the law last December, cannabis is still a taboo and there are people who do not want to say they smoke cannabis.

For his part, attorney Dr. Karl Briffa said that employers have a duty to protect the health and safety of workers in the workplace. He said risk assessments are important to help employers make certain decisions.

Andrew Bonello, president of ReLeaf Malta, said workers could be forced to leave their jobs if employers insist on zero tolerance for cannabis because of the new legislation.

He also spoke about the individual’s right to privacy and mentioned that we need to make sure we help those who have problems by taking them off work and even helping them get into a drug rehabilitation program if necessary.