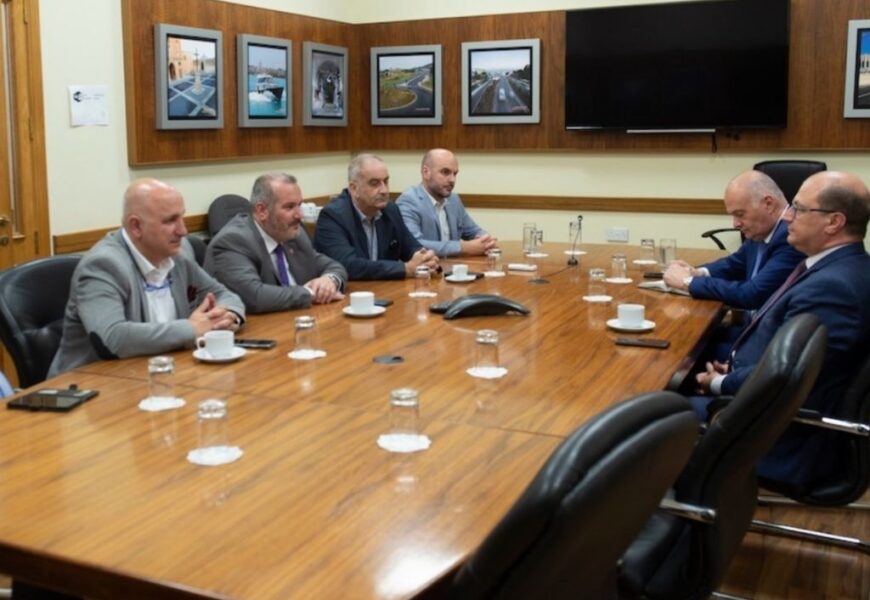 In a meeting with the Minister of Public Works and Planning, Stefan Zrinzo Azzopardi, GWU Secretary General Josef Bugeja stressed the need for stronger enforcement of health and safety at work.

This comes against the backdrop of several workplace accidents that have occurred in recent weeks, some of which have been fatal. The GWU also stressed that health and safety awareness campaigns should be continuous and not just at a specific time.

Bugeja mentioned that the union has received numerous health and safety complaints, which in turn have been referred to the Occupational Health and Safety Authority (OHSA).

“Worker training is crucial in all of this. The health and safety campaigns must be constant and not stop after a few months,” Bugeja affirmed.

For his part, Minister Zrinzo Azzopardi said that the aspect of health and safety at work remains important, and in this regard, he would like to see OHSA become more alive.

“The starting point must be for the Authority to become more visible and proactive in its messages. In fact, the Authority is already more present and more visible,” affirmed Minister Zrinzo Azzopardi. He added that the focus should not only be on the construction sector, but also on all other sectors.