“A woman is as capable as a man” 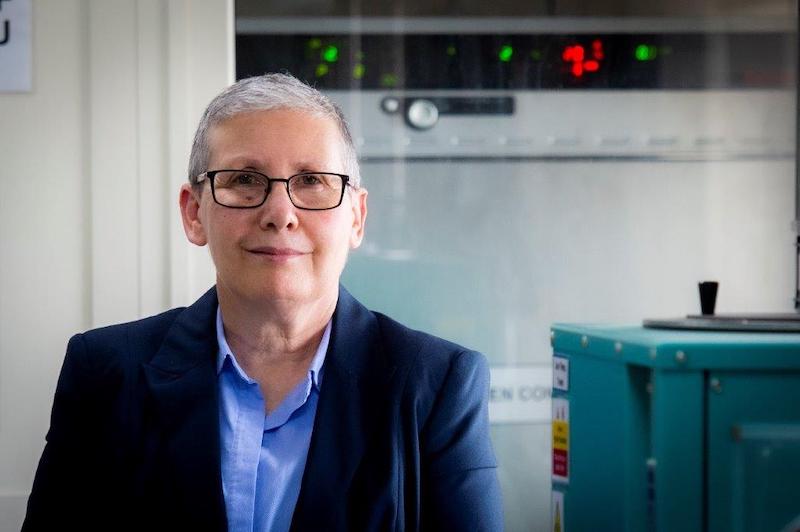 From her desire to help people as a social worker that did not come true, to a nurse who became a member of the General Workers’ Union, to another job where she began representing workers as a shop steward, Rita Dimech achieved the position of first female sector secretary in GWU’s Chemicals and Energy Department with determination and dedication. L-ORIZZONT interviewed Dimech about her illustrious career in a male-dominated work environment where women, especially in the private sector, face significant challenges in advancing their careers.

The section secretary, who has always felt this role to be part of her, spoke to us about her typical workday and the difficulties she faces in certain situations, situations that have increased during this time due to the Covid pandemic and the war in Ukraine.

Dimech also comments on the opportunities or lack of opportunities for female workers. She believes that the world of work does not help women advance professionally and stresses the importance of joining a union in order to have a collective bargaining agreement that protects them.

Rita Dimech, while happy that she has reached the peak of her career, encourages all women who work hard not to give up, and gives her suggestions to the government and GWU on how to help women advance smoothly in their careers.

What role have you played in GWU and how long have you been involved?

I am the secretary of the Chemical and Energy Department of the General Workers’ Union (GWU). That was six years ago now.

What did you want to do? Did you ever envision yourself in this role?

I wanted to be a social worker so I could help people, but that goal was not achieved. I also did nursing time and went straight to GWU here. Shortly after, I changed careers and became a shop steward. I think that was always in me.

Over the years, I have held many positions in the companies I have worked for and have always represented the workplace, but I never imagined I would be a section secretary. That’s because the work I had was very demanding.

How do you distribute your typical workday?

The first thing I do is check e-mail. Then, among other things, I take phone calls, attend meetings with management and employee representatives, work on collective bargaining agreements and meet with members in the office on personal matters.

What challenges do you face, why and how do you deal with them?

One situation that is not easy for me is when you cannot reach an agreement with management on an issue. It is very difficult to understand a member who is not always right, but still tries to find a compromise. The most difficult time was at the time of Covid-19, when I had to explain to the members that whoever had to work four days instead of five would lose their pay.

But with good will, we all got through it. Due to the war between Russia and Ukraine, we are now facing another problem. This is because the raw material does not always arrive in time for processing. Workers are becoming more flexible to help the companies.

You must remain calm in all situations and ensure that any decision you make will result in other consequences that may negatively impact other workers. It is also of the utmost importance to keep abreast of the laws and what is happening in the world around us.

If you had to change careers, what would you do and why?

There is nothing to change, except that I might wish management and members
would get along better.

“THERE ARE STILL THOSE WHO BELIEVE THAT THE ROLE OF A WOMAN IS TO TAKE CARE OF HOME AND CHILDREN… THERE ARE STILL MEN WHO SEE THE WIFE AS A ‘DANGER’ TO THEIR WORK, BECAUSE OF IT.”

We would like to hear your experience as a woman in this role. Do you think women are disadvantaged in their careers? How and why?

I was fortunate to start my career in a company where the CEO was a woman, and in this case, women were always given the same opportunities as men.

Most of the people I worked with were always men and paid respect to me. When I started as a section secretary at GWU, I was the only female secretary. Here I had no difficulties. On the contrary, I was welcomed so warmly that I immediately felt like one of them, so much so that I do not even know how the six years have passed.

I think that local women are disadvantaged, although things are slowly changing. There are still people who believe that a woman’s role is to take care of the house and the children. These are important tasks, but they hardly give her a chance to have a career. I also believe that there are still men who see women as “dangerous” because of their jobs, because they can take their place. This is especially true for leadership positions.

What do you think can be done about the pay gap between women and men, and do you think the workplace will sufficiently help women advance in their careers?

Where there is a collective agreement, there is no difference between a woman’s salary and a man’s salary. That’s why it’s important that everyone is a member of a union and that before signing an employment contract, the employee compares wages and talks to those who know about labour law.

“WHERE THERE IS A COLLECTIVE AGREEMENT THERE ARE NO DIFFERENCES BETWEEN A WIFE’S AND A HUSBAND’S WAGE. IT IS, THEREFORE, IMPORTANT THAT EVERYONE IS A MEMBER OF A UNION WHICH BEFORE EMPLOYING SIGNS AN EMPLOYMENT CONTRACT, COMPARES WAGES AND TALKS TO WHO UNDERSTANDS IN LABOR LAW.”

No, the working world does not help, because in the private sector it is difficult to work from home (tele working ) or to work flexibly so that a woman can manage with children and at home.

As a career woman, what advice would you give to women abroad?

Do not be discouraged. It’s never too late to start a career. I believe that the person who really wants something will work for it and will be able to achieve their goal (where there is a will, there is a way). You can not make your voice heard. Apply to be a member of a committee and apply for promotion because a woman is just as capable as a man.

What suggestions do you have for the government / GWU on the role of women in the workforce?

My suggestion to the government is to take more initiatives to help women stay in the workforce and start educating our children to understand that these roles that we used to think of as women can also be done by men. When men play these roles, they do not look weak.

On the other hand, as a union, we can advocate for flexibility in the workplace, especially in the private sector.