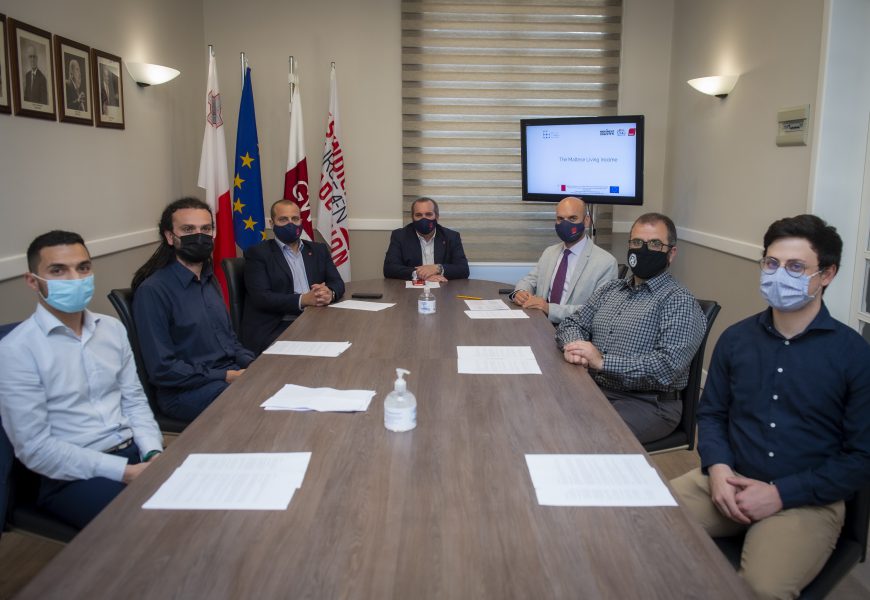 Josef Bugeja: Our principle is that every individual in our society lives a decent life

Through a joint effort between the General Workers’ Union (GWU), the Alliance Against Poverty (AKF) and the Graffiti Movement, a professional study was launched aimed at defining and calculating what Living is. Income for different types of families and individuals in Malta.

During a conference, GWU Secretary General Josef Bugeja explained that working together has been going on for about a year and a half. He said they believe a study should be done to establish whether there are families and individuals whose income is not enough to live a decent life. He explained that when they are talking about income, they are doing so in a total framework that can include all aspects such as pay, social benefits, pension, education and health, among others.

Through this study Bugeja said that they believe that the level of income necessary to enable people in different socio-economic contexts to live a decent and dignified life should be established. In addition, this research should also look at dignity as a whole. “We are open to ideas. Our principle is that every individual in our society lives a decent life. The collaboration together will not stop here so much so that we are exploring other areas to continue this collaboration. This is because we have goals that unite us all, including the main goal of social justice,’ Bugeja said.

The Secretary of the GWU Government and Public Entities Section, Kendrick Bondin, said that this project, entitled ‘The Maltese Living Income’, will be carried out with a total value of € 90,000 and is co-financed by the Structural Funds (ESF ) which will be paying 80% while the other 20% will be paid by the GWU. While he meant that the studies will be both qualitative and quantitative, he added that the project should come to an end towards the end of the year 2022.

The idea of Living Income goes beyond Living Wage

Bugeja stressed that his idea of Living Wage goes beyond Living Wage, the amount of wages necessary for a decent life, as Living Income also includes other types of income such as pensions and social benefits.

He explained that in their opinion Living Income is the minimum level of income with which a family or individual in Malta can live a decent life without risk of poverty. It is calculated on, the basis of a basket of products and services that are needed.

It was also explained during the conference that this study is meant to identify two things. The first is the circumstances that cause the income of certain people not to reach Living Income. The second thing to be identified is the groups in society that are most at risk of falling into this situation. At the beginning of this study, it was stated that the basic conditions that lead to a decent life should be established. There are several variations including food, adequate housing, health, communication, education, and the ability to save.

“We believe that the discourse on poverty needs to change a little bit”.

The other two organizations expressed satisfaction with the collaboration. Matthew Borg , from the Alliance Against Poverty, said that as an alliance they believe that the discourse on poverty needs to change a little. They also believe that in Malta, as in the rest of the world, there is enough for everyone to live in dignity. He said it meant wanting to spur political and scientific zeal for serious reform. According to him, progressive and bold reforms must be carried out between the government, the private sector and the poor (or whoever represents him). He added that inclusion and reduction of inequality pave the way for a strong, efficient, productive and sustainable economy. He concluded by saying that there will be a clearer picture once the study is completed and presented to the appropriate bodies, while inviting policy makers, the private sector and all partners to come forward.

“Work itself, we believe, is a very positive thing”.

Andre Callus from the Graffiti Movement said that they are very excited about this study and believe that the joint work between the largest trade union in Malta, representing thousands of workers, and two organizations working in the field of social justice is something important and can really produce positive things. Explain how often the yardstick used to understand how well a country is doing or not doing is the yardstick of economic growth. While he said this is important and should be there, he argued that other rules are also needed. “We cannot rely on this line alone. We need to understand people’s lives in practice. We believe and see that there are thousands of people in Malta, many of them workers and their families, who although they may have a job and are not living in poverty in the sense that they are not on the streets, nevertheless. A study has been launched to define and calculate what is Living Income.